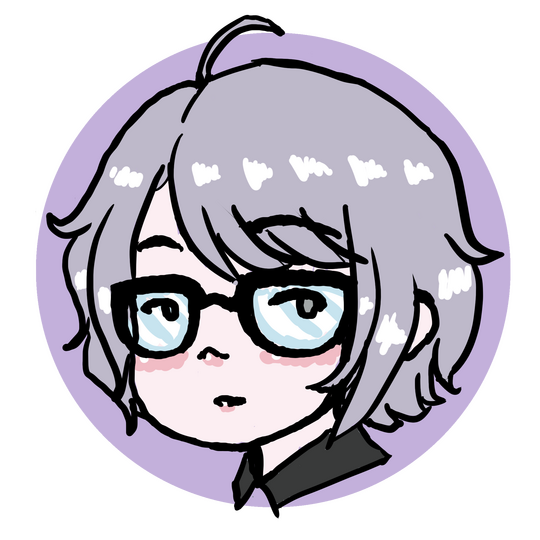 Hi, I'm Elliott (they/them/theirs)! I'm an artist, animator, indie game dev and voice actor who studied at Maine College of Art (MECA). I graduated in the class of 2021 with a BFA in Animation & Game Art. I am located in Portland, ME but am willing to work remotely. I am also a graduate of MECA's Pre-College summer intensive program with a dual major in Illustration and Music. I also graduated high school with full honors from National Art Honor Society. I work both digitally and traditionally. I am proficient with Adobe Photoshop, Animate, Illustrator, and After Effects. I also use Procreate and Clip Studio Paint. I am currently learning the Toon Boom software suite.

Interested in hiring or commissioning me? Let's get in touch!

Synopsis: Worlds Apart is an idea for a series spanning across multiple types of media that I'm aiming to pitch to different studios and networks. The series follows Maia, a girl from Earth and the daughter of a science company CEO; and Emet, a demon-like creature from another world as they team up to save both of their homes from eternal doom and totalitarian rule, as well as preventing both of their kinds from starting a war with each other.

The Project: My project is taking the story and turning it into a visual novel game as the debut piece of media for the universe. It was originally going to be an animated pilot with a pitch package but this change came about after I did some thinking about what I can realistically accomplish in the short amount of time I have left of school. I'm also only one person and can only do so much. The game will be released in multiple increments or "Chapters" over an extended period of time. The first chapter will be released on itch.io on May 10th.